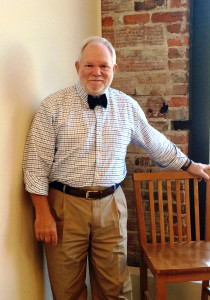 Founder and Owner of AAI, he began his architect career over 32 years ago after graduating from Ball State University with a Masters of Architecture.

Jack has worked for different locally based architectural firms and his background has given him experience in just about every aspect of design in commercial and residential type projects, but he has always had a passion for healthcare design.

Jack is very hands-on with every project he is involved with and works under the motto “Who you see is who you get.” He believes the client is the most important factor in every project and they deserve to with work with a decision-maker within the company.

In Jack’s spare time, if he isn’t walking his four-legged best friend, Louie, a golden retriever, or boating and skiing on Lake Wawasee with his wife, Patty, then you’ll probably find him working in the yard or travelling to visit his kids.

View the states Jack is currently certified in: Click Here

Co-founder of AAI and Owner and Founder of DESIGNLINK, Inc. 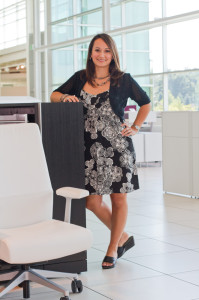 After graduating from Purdue University, with degrees in Architectural and Construction Technology and Interior Design, and working for an architectural firm for over 10 years, Lindsi decided it was time to take the next step in her career. That next step led her to assisting a former co-worker, Jack, in opening AAI and then later founding her own company, DESIGNLINK, Inc., an interior architecture design studio, in July of 2013.

Lindsi’s background from working in a small architectural firm has given her the advantage of being involved in an “array” of projects, including commercial, healthcare, and residential, while giving her the opportunity to be involved in all phases of the project.

Lindsi works closely with AAI and the client to ensure the end result is everything the client intended and more.

In Lindsi’s free time, if she isn’t volunteering on a committee or walking to support a cause, you can find her hanging outside with friends or lounging at home watching movies with her fiancé and three rescue dogs, Storm, a Pit Bull mix, Zeke, a Great Dane mix, and Cleo, the Chihuahua mix whose “cuteness” keeps her out of trouble.